Composition of a Woman 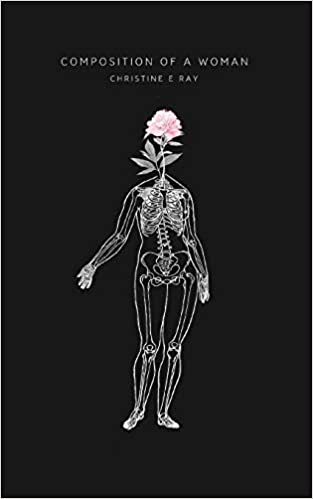 Christine has covered topics such as fibromyalgia, depression, menopause, love, heartbreak, middle age, sexuality and vulnerability in her poems. She has laid bare her emotions on these pages unreservedly. Although dealing with complex emotions and topics, the book flows easily and will most likely have you returning to it to check out how a turn of phrase sits on the page or how something was described. The poet writes with candour and without a trace of self-consciousness or self-indulgence.

The collection is in free verse, but some of the work is prose-poetry.

In one of her poems, she wonders how “girls are made of sugar and spice and everything nice”. She notes that some of them are mean girls!

“Sometimes, adopting the names ‘writer’ and ‘poet’ led her to encounters with the most amazing minds connecting her with a larger community

To unzip her chest, her gut

And bare her truths to the world

She was complex, messy containing

Multiple truths, not a singular one…”

Her sense of humour sparkles through some of the poems. Some of her poems are named after books by famous authors such as The Bluest Eyes, Bad Feminist, We should all be feminists, The bell jar etc.  She draws from the canon of great feminist literature and weaves magic on the pages of this tribute to womanhood. Read it! It’s available on Kindle Unlimited for free.