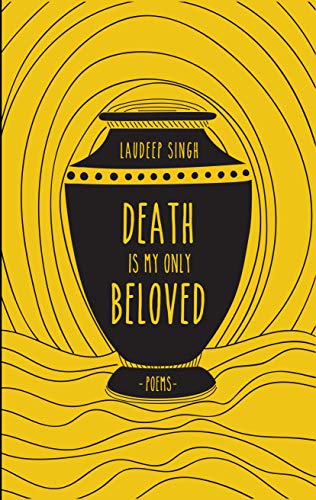 I read ‘Chasing Sunsets: Poems and prose’ by Vaibhav Dange as a part of the HBB Book Review Programme. It is the author’s third book of poems, but the first one that I sampled. After reading ‘Chasing Sunsets’, I’m eager to read the poet’s other two books of poetry: ‘Letters from a stranger’ and ‘A walk on a burning bridge.’

The poet has dedicated ‘Chasing Sunsets’ “to every person who is torn apart in love and is grateful for it.” In the acknowledgements section, he has thanked the people who stayed and also the people who left.  The book cover is designed by Dhriti Chakraborty.

The poems are divided into four sections or “chapters” as the poet calls them: Cyclic emotions, Denial, Breaking Point and Acceptance. The poems are written in free verse.

‘Chasing Sunsets’ has poems on depression, grief, fear, love, loss, inertia and even one poem on the pandemic.  One of the poems mentions wormholes and the space-time continuum. Another poem carries “a message from the moon.”

The poems are deeply emotional and reflect sensitivity. They cover a range of emotions and these poems would appeal to anyone who has ever been in love and felt its joy and pain. I recommend this book to all lovers of poetry and to introverts and highly sensitive people.

Better editing would have led to a more pleasurable reading experience.

I recently read ‘Death is my only beloved’ by Laudeep Singh as a part of the HBB book review programme. The book has been published by Invincible Publishers. It is dedicated to “everyone who has a heart that bleeds and eyes that weep.” The cover design and the beautiful illustrations in the book are by the poet’s sister Shruti Singh.

The poet ends his acknowledgements section with “ I want to thank all my former girlfriends for stabbing me in the heart.” There is also a preface and a section where he quotes famous poets.

The opening poem “Conked out” is almost macabre, with the poet comparing broken dreams to underfed malnourished babies. A few poems later, there is “Purgatory,” which is more like the poet’s musings on the demise of a loved one. Some of the poems seem like ramblings. The poet also touches upon smoking and drinking in one of his poems, outlining his dependence on them. The poet also comes up with some strange musings “ If I ever tie the knot and if I ever have children, I want them to abhor me for two reasons. First, because hate is purer than love. Second, because if my children happen to love me, then they will never be able to live their own lives as they will always mourn thinking about all that their father had been through in his life, long after I perish from Earth’. The poet, in another poem, talks about teachers who picked on him in school. The poems are in free verse.

I was a bit underwhelmed by this book. The illustrations and cover art are, however, fantastic. Have you read either of these books?